The truth is simple: caffeine is a drug, and a very popular one at that. Before we dive into what damage caffeine does to your body, though, here are the positives of consuming it: It can help lower the risk of stroke, improve good cholesterol levels and even reduce the risk of diabetes.

Parkinson disease can be avoided as well, when consuming just the right amount of coffee everyday. Does this make caffeine a healthy drink? If you’re a coffee drinker, you’re probably nodding along. However, there is quite a bit of evidence that debunks the highs of caffeine (pardon the pun).

When you consume caffeine, popularly in the form of coffee or coke, the drug blocks your brain from registering that it is tired, by numbing the receptors for the molecule adenosine. This causes the chemistry of caffeine drinkers to change, as more receptors for adenosine are produced. What happens next is similar to panadol addiction – the body will require increasing amounts of caffeine to ensure that it’s at peak functionality. Quitting caffeine has similar effects to quitting drugs –  headaches, mood swings and fatigue.

In this vein, one can easily conclude that caffeine is not a health drink – in fact, it’s far from it. Aside from being addictive, caffeine can cause tremors, anxiety, insomnia and palpitations. Drinks with caffeine also cause you to urinate more than usual, as they fall under  the diuretics category. This can result in the irritation of the bladder, prostate and digestive tract. If you’re thinking you can avoid all this with a cup of decaf coffee (or even tea), then you might not be doing your body any favours. Studies show that even decaf beverages contain traces of caffeine.

Also, the benefits of coffee consumption are normally tied to the unflavoured, black variety. Similar to dark chocolate, which contains all the good-for-you chemicals. As soon as it’s processed with sugar, milk and other flavour agents, coffee tends to be more bad for you than good. If you find yourself not being able to move on without a cup of coffee every other hour of the day, then something may be seriously wrong and it maybe time to consider an alternative. drink

For starters, try to cut down your coffee consumption to 2 cups a day, one in the morning and one in the evening. Have it without the additives as well – it’ll be bitter but usually things that are good for you aren’t always sweet. You can also go for alternative beverages that are lower in caffeine and have other positive effects on your body, such as Green Tea. Green Tea can protect the body against cancer, has plenty of antioxidants to give you great skin and can help calm your nerves – which is essential when your morning journey involves squeezing into packed public transport.

Having everything in moderation is what keeps the body healthy and good at what it does – surviving. While caffeine may give the necessary zest to stay alive through that soul-sucking meeting we all have at least once a week, we might not be doing our bodies any favours by abusing the more ‘socially-accepted’ drug – caffeine.

Today, coffee is grown in over 50 countries worldwide – all along a region around the equator called the bean belt. Different varieties of coffee prefer different climates, temperatures, altitudes, and handling. Coffee beans from different parts of the world boast various flavours from mild to wild, just likes its alcoholic sister, wine. I did a little digging to find the world’s most popular coffee producing regions.

It’s no surprise that Brazil starts first on this list, it’s the world’s largest coffee-growing region – leading in robusta and arabica beans. The taste of these beans are usually soft and mild, are preferred by most commercial roasters (cue Starbucks). When you drink a pure Brazilian roast, you can taste slight hints of peanut, too!

Back in the 1600s, Dutch traders introduced coffee plants to this part of Asia. As the country is made up of thousands of islands spread over a large part of the equator and its surrounding regions, there is a considerable difference in the flavour of the coffee beans from different parts of Indonesia. The most popular of the various brews to come out of this country is the Sumatra brew, which is famed for its earthy flavour with a deeply sweet aftertaste.

Commercial coffee drinkers owe Yemen; this is where coffee was first grown commercially. Most of the coffee in this region is grown in scattered, small plots around the country, varying the aroma and flavour of the beans quite a bit. In the past, Yemeni coffee was shipped from the port of Mocha – sounds familiar, no? Generally, the coffee from the Arab world tends to be complexly flavoured, with notes of wild fruits and berries.

In the 1600s, coffee beans were banned from being taken out of the middle east, to prevent other countries from growing this money-making bean. As all rule breakers in time make history, there was one Muslim man who smuggled a few seeds out of Arabia by taping them to his stomach. While much of the Indian coffee crop is shipped off to Europe to be blended into espresso, Indian coffee has a slight hint of spiciness and is loved for its low acidity.

You aren’t a true blue coffee lover till you’ve tried a cup of Vietnamese Joe. The folks here like it really thick, strong and pungent, smoothed handsomely with condensed milk. As the world’s second-biggest coffee producer, particularly in the southern half of the country, it is surprising that the taste of the coffee tends to be a tad rubbery.

Coffee has its roots in this region of Africa when a goat herder decided to dry some red berries he saw his goat’s feasting on. The rest is history. Today, coffee is grown in Ethiopia in the rainforests and mirrors an ancient brand of coffee. While historic, the beans here have a distinctive taste – they are highly acidic and have a sharp, lemony bitterness. 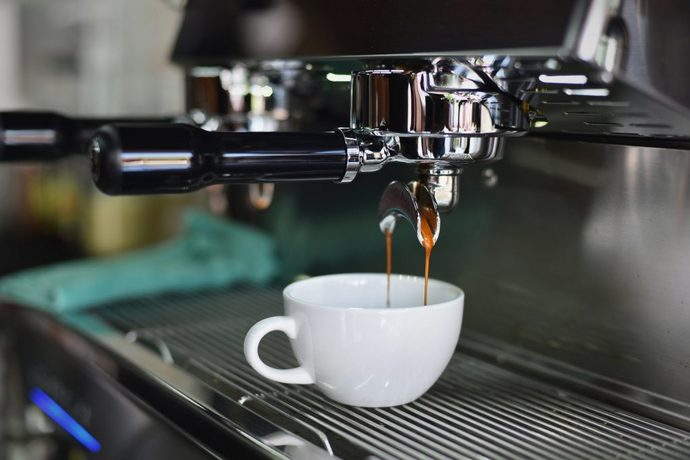 Other Posts You May Enjoy

Get ready for Wonderful Indonesia Flavours 2!

Organic Food: What it is and where to find it!

Cakes and Bakes from The Craver’s Market

Close
© Copyright thecraversguide.com 2020. All rights reserved.
Close
We use cookies to ensure that we give you the best experience on our website. If you continue to use this site we will assume that you are happy with it.I love cookies